Quality Care for Your Child

At McCool and Bhuta Ear Nose and Throat Specialists, our goal is quality care for the most important person in your life-your child. We will accurately diagnose and individualize your child’s treatment as we provide prompt, professional care in our conveniently located clinic in the heart of Homewood. If your child needs a procedure, such as tubes in the ear drums or tonsils removed, we are staff physicians at Children’s Hospital of Alabama and perform surgery at their downtown and out-patient surgery center on Acton Road.  Call us today at 205.414.1368 to schedule an appointment for your child. 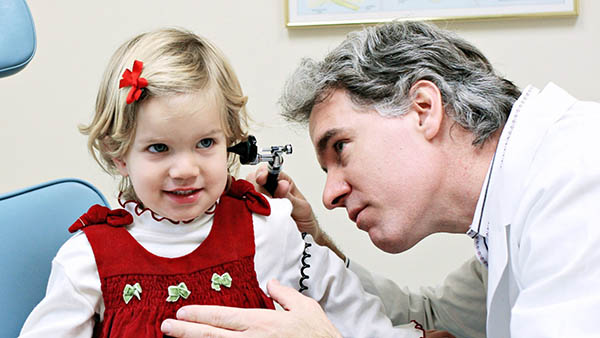 What are ear chronic ear infections?

The most common symptom is ear pain, that is often quite severe. Infants can have a lot of difficulty trying to sleep, and overall can be irritable. If your child has had three episodes of otitis media requiring antibiotics, consider a visit with Dr. McCool or Dr. Bhuta. They are on staff physicians at Children’s Hospital, and if placing ear tubes is recommended, they can perform the procedure at the Children’s Outpatient Surgery Center.

How do I know if my child needs tubes in his/her ears?

A child may have acute recurring infections that require multiple rounds of antibiotics or a chronic condition that does not respond to antibiotics. In either situation, your child may be a candidate for having ventilation tubes placed through the eardrums. This operation called a bilateral myringotomy with tubes, allows the middle ear space to ventilate until the Eustachian tubes fully mature. The tubes usually stay in place for 12-18 months, and will eventually fall out of the eardrum and out of the ear without further treatment.  The many benefits of having tubes include, 1) a significant reduction in the number of ear infections, oftentimes to zero; 2) allowing an infection to drain out of the ear, thus reducing the pain and possible complications associated with an ear infection; and 3) access to middle ear space so that an infection can be treated directly with topical antibiotic drops.

Contact our office to discuss a treatment plan for your child’s recurrent ear infections. If the placement of ventilation tubes is recommended, Dr. McCool and Bhuta are on-staff physicians at Children’s Hospital and can perform the procedure at the Children’s Outpatient Surgery Center.

What If my child has sinusitis?

Sinuses are the air-filled cavities located above, below, in-between, and deep to your eyes.  Only very small sinuses behind the cheekbones (maxillary sinuses) and in-between the eyes (ethmoid sinuses) are present at birth.  Sinuses will form as your child’s skull grows, and are fully developed around twenty years of age.

Young children have immature immune systems and are more prone to infections of the nose, sinus, and ears, especially in the first few years of life. These are most frequently caused by viral infections (common colds).  However, when your child remains ill beyond the usual week to ten days, a bacterial sinus infection is likely. The following symptoms may indicate a sinus infection in your child:

Dr. McCool and Dr. Bhuta are staff physicians for the Children’s Hospital of Alabama and have taken care of children in the Birmingham area for the past 15 years.  If your child is suffering from a sinus infection, call us to schedule an appointment.

The most common symptom is ear pain, that is often quite severe. Infants can have a lot of difficulty trying to sleep, and overall can be irritable. If your child has had three episodes of otitis media requiring antibiotics, consider a visit with Dr. McCool or Dr. Bhuta. They are on staff physicians at Children’s Hospital, and if placing ear tubes is recommended, they can perform the procedure at the Children’s Outpatient Surgery Center.

How do allergies affect my child’s sinuses?

The nasal passages and sinuses are lined by a thin membrane called mucosa. Rhinitis, or inflammation of this membrane, can cause nasal congestion and drainage, sneezing, eye irritation, and facial pressure and pain. A common source of inflammation is caused by allergies.

The main function of your nose is to warm, humidify, and filter the air you inhale. Allergic Rhinitis occurs in patients whose immune system over-responds to specific, non-infectious particles (allergens) such as tree pollens, grasses, molds, dust mites, and animal dander. When inhaled, these particles trigger the allergic response in the mucosa of nose and sinuses, resulting in nasal congestion and drainage, sneezing, eye irritation, and facial pressure and pain.

Some allergies, such as pet dander, dust mites, and molds can cause symptoms throughout the year. Seasonal allergic rhinitis occurs with spring or fall pollens, and in the summer due to grasses. Avoiding known allergens, intranasal and oral medications, and immunotherapy—allergy shots or sublingual drops—to desensitize patients to their allergens are strategies to help reduce allergy symptoms. Call Dr. McCool and Dr. Bhuta to schedule an appointment so they can help reduce your child’s allergy symptoms.

Tonsillitis refers to inflammation of the tonsils, the lymph node-like structures located on the sides of the throat, near the back of the tongue. Most tonsillitis is due to an infection, either viral or bacterial. During acute tonsillitis, patients will have a sore throat, often severe enough to cause a decrease in eating and drinking. Additional symptoms include fever, fatigue and lethargy, foul breath, dysphagia (difficulty swallowing), odynophagia (painful swallowing), and tender lymph nodes in the neck. Airway obstruction due to swollen tonsils may cause mouth breathing and snoring. These symptoms usually resolve in three to four days after treatment is started. If your child has 3-4 episodes of tonsillitis in a year, then a consultation with Dr. McCool or Dr. Bhuta to discuss removing the tonsils and adenoids is needed. They are staff physicians for the Children’s Hospital of Alabama and have taken care of children in the Birmingham area for the past 15 years. Contact McCool and Bhuta Ear Nose and Throat Specialists to schedule an evaluation for your child.

What is a tonsillectomy / adenoidectomy?

Unfortunately, there may be a time when medical therapy (antibiotics) fails to resolve the chronic tonsil infections that affect your child. In other cases, your child may have enlarged tonsils, causing loud snoring, upper airway obstruction, and other sleep disorders. The best treatment for both of these conditions may be the removal of the tonsils and adenoids.

Dr. McCool and Dr. Bhuta are Board Certified physicians for the Children’s Hospital of Alabama and have taken care of children in the Birmingham area for the past 15 years. If your child suffers from repeated throat and tonsil infections or has loud snoring with restless sleep, contact McCool and Bhuta Ear Nose and Throat Specialists for an evaluation.

What should I expect after my child has a tonsillectomy and adenoidectomy?

When the tonsillectomy patient comes home

Most children require ten to fourteen days to recover from a tonsillectomy and adenoidectomy. If the adenoid alone is removed, your child may recover in seven days. The following guidelines are recommended.

Drinking: The most important requirement for your child’s recovery is hydration. Make sure they are drinking plenty of fluids, beginning with clear liquids such as water, juice, and sports drinks. Some patients experience nausea and vomiting after the surgery caused by the general anesthetic. This usually occurs within the first twenty-four hours and resolves in a couple of days. Contact Dr. McCool and Dr. Bhuta if there are signs of dehydration-mainly, infrequent urination that is darker in color.

Eating: Generally, there are no food restrictions after surgery. The sooner the child eats and chews, the quicker the recovery. Tonsillectomy patients may be reluctant to eat because of post-operative pain; consequently, some weight loss may occur, which is gained back after a normal diet is resumed.

Fever: A low-grade fever may be observed several days after surgery. Contact your physician if the fever is greater than 102º.

Breathing: Your child may have abnormal snoring and mouth breathing due to swelling in the throat after surgery. Breathing should return to normal when swelling subsides, 10-14 days after surgery.

Scabs: A scab will form where the tonsils and adenoids were removed. These scabs are thick, whitish-gray, and can cause bad breath. This is not unexpected. Most scabs fall off in small pieces five to ten days after surgery.

Bleeding: You should not see any bleeding from your child’s nose or mouth after surgery. If you see any signs of bleeding, even a small amount, at any time of night or day, contact Dr. McCool and Bhuta’s office immediately, and you will be directed on what to do.

Pain: Nearly all children undergoing a tonsillectomy/adenoidectomy will have mild to severe pain in the throat after surgery. Some may complain of an earache, because stimulation of the same nerve that goes to throat also travels to the ear. We will prescribe appropriate pain medications based on the patient’s age and weight.

Could my child have obstructive sleep apnea?

Sleep-disordered breathing is an umbrella term for several chronic conditions in which partial or complete cessation of breathing occurs many times throughout the night. When the cause is obstructive, such as enlarged tonsils and adenoids, it is called Obstructive Sleep Apnea, or OSA. When a child’s airway obstructs during sleep, his/her blood oxygen level will decrease. The sympathetic nervous system is stimulated, blood pressure rises, the brain is aroused, and sleep is disrupted. These repeated obstructions interrupt normal sleep patterns, including the deep, restorative sleep, with many unhealthy consequences.

The first diagnosis of OSA in children is made by the parents’ observation of snoring that is often very loud. Other observations may include actual obstructions, followed by gasping episodes. Restless sleep as well as unexplained bedwetting may occur. Social symptoms are difficult to diagnose but include alteration in mood, misbehavior, and poor school performance. (Note: Every child who has sub-par academic and social skills does not have OSA. However, if a child is a serious snorer and is experiencing mood, behavior, and performance problems, sleep disordered breathing should be considered.)

Enlarged tonsils are the most common cause for obstructive sleep apnea in the pediatric population.  Thus, a tonsillectomy and adenoidectomy is the most effective treatment, and has a 90 % success rate.

Dr. McCool and Dr. Bhuta are Board Certified physicans for the Children’s Hospital of Alabama, and have taken care of children in the Birmingham area for the past 15 years. If your child has loud snoring with restless sleep, contact McCool and Bhuta Ear Nose and Throat Specialists for an evaluation.

Contact McCool and Bhuta
for more information or to schedule an appointment.
205.414.1368